What Is a Wind Band?

Brass, Reeds, and Percussion focuses on wind band music, but what is a wind band? A quick definition is a group of people playing musical instruments that do not include violins, violas, and cellos. That fact explains why listeners will very seldom hear those string instruments on BRP. This fact also explains why, in this discussion, the word “orchestra” is used to refer to a musical group that does contain violins, violas, and cellos.

The string bass, curiously, will make an aural appearance from time to time in a band, but more about that later.

The typical woodwind instruments are the piccolo, flute, oboe, clarinet, saxophone, and bassoon. The clarinet may come in a variety of pitches (E-flat soprano, B-flat standard, alto, bass, and contrabass). The saxophones will also typically come in three pitches: alto, tenor, and baritone. Although soprano and bass baritones do exist, they are seldom used in wind bands. Sometimes calling flutes and saxophones woodwinds can be confusing since they are usually made of metal. Although piccolos and flutes are typically made of silver or silver-plated nickel, they were originally made of wood—and some of the very expensive modern versions of these instruments are still made of wood. Saxophones are typically made of the same metal used for the other brass instruments, but they use a reed to help produce sound, just as do the clarinets, oboes, and bassoons.

The typical brass instruments are the trumpet, cornet, French horn, trombone, baritone saxhorn, euphonium, and tuba. Sometimes, a mellophone or alto horn may be used instead of a French horn.

1. The most common form of band is typically called a concert band—which may also be called a wind ensemble, a symphonic wind band, or a symphonic wind orchestra. This type of band will typically have three classes of instruments: woodwind, brass, and percussion. Especially in the United States, this type of ensemble will also sometimes be mistakenly called a brass band. But as the next paragraph explains, a true brass band is a different musical creature.

2. The second type of band is a brass band, which only has two classes of instruments: brass and percussion. This type of band is less popular and not very well known in the United States, but is very popular in Great Britain and the Benelux countries (the Netherlands, Belgium, and Luxembourg). Huntsville is actually one of the few cities in both Alabama and the United States that has a true brass band.

3. The third type of band is a fanfare band, which typically has three classes of instruments: saxophones, brass, and percussion. Sometimes, fanfare bands will also have clarinets, but only the standard B-flat clarinet. Furthermore, when the saxophones are added to this mix, fanfare bands frequently do add soprano, bass, and sometimes even contrabass saxophones. This type of band is very popular in the Benelux countries and France.

4. The fourth type of band is a big band (also called a swing band). In the United States, the instrumentation of this type of band has become largely standardized with the following: two alto saxophones, two tenor saxophones, one baritone saxophone, four trumpets, four trombones, a string bass, and one percussionist playing a trap set. A trap set typically consists of the following instruments, all able to be played by a single person: a snare drum on a stand, a bass drum played with a foot-operated pedal, one or more tenor drums (frequently called tom toms), and a variety of cymbals, including a ride, crash, and hi-hat. Sometimes the trap set includes a cow bell and a wood block.

When you listen to big band recordings on Brass, Reeds, and Percussion (especially the historic ones), the standard instrumentation described in the previous paragraph is not always adhered to. In many cases, clarinets were part of historic big bands and the saxophone players doubled on not only the clarinet but on flute, piccolo, and even oboe. And the Latin and exotica big bands added many additional percussionists, who played a variety of non-typical percussion instruments.

5. There is a historical form of the wind band known as a harmonie. The most typical form of this ensemble consists of an octet of two oboes, two clarinets, two bassoons, and two horns. The harmonie was especially popular during the period 1775 to 1825 (estimated dates). Very soon after this octet became popular, two flutes were added to the mix.

Because bassoons are not an especially strong instrument, it was not unusual for the harmonie to be augmented with a string bass to boost the bass line.

This string-bass augmentation probably explains why it’s usual to find the string bass as part of the modern concert band. Almost any modern set of printed wind-band music will have a string bass part (sometimes played on an electric bass guitar in some high school bands in the United States).

After roughly 1825, the trumpet, trombone, and tuba were eventually added to both the harmonie (which began to be called a band) and the orchestra.

Other Types of Wind Ensembles

There can be many other types of wind ensembles, especially those used for playing particular genres of music. For example, a typical Bavarian, Austrian, or Moravian polka band will consist of several clarinets (very seldom any saxophones), several trumpets (as well as cornets and flugelhorns), trombones, euphoniums (sometimes called a tenor horn), a tuba, an accordion, and a trap set. A dixieland band will typically consist of a clarinet, one or two saxophones (usually alto or tenor), one or two trumpets, one or two trombones, a string bass or tuba, a piano, and a trap set. It’s not unusual for dixieland bands to have a banjo and piano as well. And in the early 20th century, it was not unusual for a ragtime, dixieland, or jazz band to include a violin.

A marching band is nothing more than a concert, brass, or fanfare band that marches.

Special Note About “Orchestra” and "Symphony"

When used in English, the words “orchestra” and “symphony” are best applied to musical groups that contain strings in addition to woodwinds, brass, and percussion. But the words are often used to make musical groups (especially groups that perform popular music) sound more prestigious, a potential source of confusion to listeners and buyers of recordings. For example, the name of a wind band may be something like the Jones Wind Orchestra, the Jones Wind Symphony, or Jane Jones and Her Orchestra. In these example names, “orchestra” makes the musical ensemble sound like it’s bigger or perhaps more inclusive than it actually is. The use of these words does not mean that string instruments are involved, other than perhaps the string bass and sometimes the harp. (John Philip Sousa’s band had a harp, for example.) 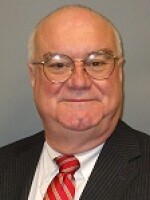 John Hightower
Born in Natchez, Mississippi, in 1951, John moved to Huntsville in 1975, where he worked for a communications training firm. From 1997 to 2022, John worked for the Lanier Ford law firm. During his tenure, He served as Lanier Ford's law librarian, marketing specialist, trainer, and professional recruiter. While in college and law school, John worked in professional radio in Starkville and Oxford, Mississippi.
See stories by John Hightower
Join Newsletter
Select a Gift
Latest Stories from WLRH
Leave a Comment
Use the form below to contact WLRH with General Questions.